Just want to repeat that the following review will be a spoiler review for Infinity War. If you haven’t seen the movie stop reading now! We will be getting into all spoiler details of this movie. I apologize in advance to those who haven’t nerded about these movies as much as I probably have. I’ve seen the movie twice over the weekend and I have lots to process. If you don’t want to read this crazy long review head to the end where I just say what I liked and didn’t like. Alright, let’s do this!

Firstly, can we just acknowledge the amazing feat that this movie accomplished?! Not only was this movie the culmination (at least part 1 of a culmination) of 10 years within the Marvel Cinematic Universe, but it’s also one of the best superhero movies ever created. No other movie franchise has accomplished what Kevin Feige has done with the MCU, although Star Wars might catch up one day with the spin-offs they are coming out with. Either way, Disney will have all the money and have their own infinity gauntlet levels of power. 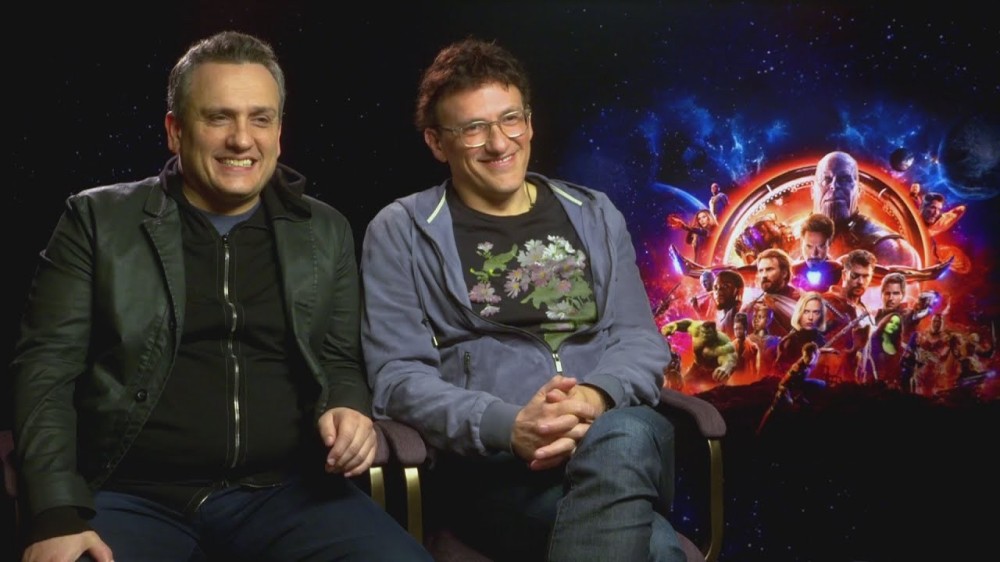 The Russo brothers have knocked this movie out of the park. It isn’t a perfect movie by any means but I can’t even imagine how difficult it would be to juggle all these amazing characters and give them all their moment to shine. I’ve been a big fan of the Russo brothers’ work before I even knew who they were. Their work with the TV shows Arrested Development (shout out to the Tobias Funke blue man easter egg) and Community is stellar and both shows contain some of the best comedy I’ve ever watched and rewatched on TV. What’s more, they got me to like Captain America movies. I had huge problems with the first Captain America movie. It’s still one of my least favorite MCU movies to watch. However, Winter Soldier and Civil War were brilliantly made movies. Civil War (Avengers 2.5) definitely showcased their ability to balance a large cast of popular characters. I marveled (!!!) at the balance that this movie had. It didn’t feel bloated or even too confusing with the multiple plots going on. Well done Russo brothers!

Thanos!!! I had no idea why I should care about who Thanos was when he first appeared in the post-credit scene from the first Avengers movie. Man oh man do I know why he’s a force to be reckoned with. Josh Brolin’s performance as Thanos was incredible. He is by far the best villain the MCU has ever had. Loki might be considered second but I have a hard time counting him with his story arch as a villain/anti-hero. Thanos was clear and committed to his purpose to put the universe in balance. I wish we got a little more backstory of Titan and how he was cast out for suggesting the random genocide of half the population but I don’t think the movie could’ve handled too much more exposition. Right from the beginning of the movie we got an idea of his power when he easily put the hurt on Hulk (more on him later). I totally bought into his motive and even his love for Gamora. I thought that scene was set up so deftly when him holding young Gamora’s hand in the flashback was mirrored in him dragging her by the arm to throw her to her death to get the Soul stone. I do wonder how long he will be content upon accomplishing his goal in wiping out HALF OF ALL LIFE IN THE UNIVERSE but I guess we’ll see next year. 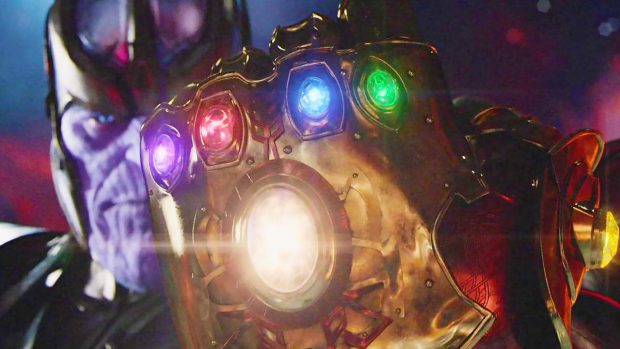 On top of all the people characters in the movie, I almost felt as if the stones themselves became characters in their own right in this movie. As he started collecting each infinity stone the movie was great about showing the audience what that particular stone gave him the ability to do. Power stone clearly lets him destroy almost anything (including Thor’s head almost!). Space stone let him teleport around the galaxy, which was an important plot point for the movie. Reality stone was one of the coolest in its abilities. It allowed Thanos to alter the reality of how things appeared or behaved. I legit thought that Mantis and Drax were dead when he changed them to blocks and spaghetti. When he used it on Quill when he almost shot Gamora and when he used it on Gamora when she tried to kill herself was genius. Soul stone was a little bit of a convenient plot device. Wasn’t completely on board with why the Soul stone needed a sacrifice from its user when the other stones just required you to grab them but whatever, it definitely worked in building Thanos’ character. I even felt some alluding to the Abraham and Isaac sacrifice on the mountain. I loved loved loved that they brought back the Red Skull as a cameo. I had always wondered if we’d see him again and while it didn’t make 100% sense, it was cool to see him again and I wonder if we’ll see more of him in the next movie. I heard some people complaining that the Soul stone didn’t really give him a power but I’d argue that the Soul stone is what allowed him to snap his fingers and disappear all living things with a soul. You’ll notice half of the trees and birds in the movie didn’t also fad away, just people from earth or other worlds. Time stone was used brilliantly as well in this movie. Dr. Strange using it to see 14,000,000,605 different outcomes was really cool. And the fact the only one of those that they actually win includes Thanos getting the Time stone was very interesting. I was blown away when Thanos turned back time and made Scarlet Witch not only endure killing Vision but having to watch him come back only to be killed again by Thanos. ROUGH! I’m interested to see how time traveling will be involved in the next movie. Finally, the Mind stone. This one might have the most ambiguous of powers. Vision uses it to phase in and out, shoot laser beams, and change his molecular density? Unclear on which of those powers came from Vision and which came from the stone. Loki used the mind stone to get people to do his bidding but we haven’t witnessed that parlor trick in a minute. Loved that the movie included the completion of the infinity gauntlet with all 6 infinity stones.

Sooooooo…. he did it. I was really expecting that this movie was going to end right when he got all the stones, or maybe even end right as he snapped and we were left wondering what actually happened when he did it. I was so relieved to actually get to see the completed gauntlet, the snap, and the aftermath of the snap. DARK! Way darker than Empire Strikes Back for those of you making the Star Wars comparison. There are some different opinions out as to who is actually really gone and who won’t come back. I’m of the thinking that everyone who died before the snap (Gamora, Vision, Loki) is not coming back in the next movie. Obviously, there are ways they could bring them back, I mean this is comic book stories. I did wonder for a second if all the talk about Vision is more than just the stone and all the effort into reprogramming his connection to the stone in Wakanda (or whatever Shuri was doing that apparently made no difference) was a precursor to him being able to survive without it but it seems to me that he is really gone. I’ve heard some say that because of how Gamora died in connection to the Soul stone that she could come back but I still think they are all really gone.

What about the people who faded away? At first, I was just in awe during the movie that they actually went through with the snap. I couldn’t believe Marvel was willing to let all these characters we knew and loved disappear into nothing. But then Spiderman disappeared, heart-wrenching, but doesn’t he have another movie coming out? Then Black Panther disappeared. Didn’t that movie just make Disney a billion dollars? At that point, I was actually put at ease because I knew that there was no way that these characters were actually gone for real. It’s my opinion that everyone who disappeared will be brought back. However, I don’t think it’s a coincidence that a majority of our heroes that remained were part of the original Avengers group. I think this movie is setting us up for some type of major sacrifice from our OG Avengers or there may even be some type of reversal where they take the place of the disappeared. Only time will tell. Captain Marvel (Cosmic Superwoman?) will obviously play a big part in that next film (although I know next to nothing about her) and the end-credit scene just insured that her movie next year will make bank.

I go back and forth with my youngest brother about the MCU being a little too bright and jokey at times. Rewatching Thor: Ragnarok actually included a little more cringing at the humor than I anticipated. However, I will say that I enjoyed so much of the humor in this movie. Thor referring to Rocket as a rabbit, Peter Dinklage being a giant dwarf, “I am Groot” “I am Steve Rogers”, “It’ll kill you!” “Only if I die” “Yes, that’s what killing means”, Drax trying to be invisible, Rocket’s continued fascination with robot body parts. So much of this comedy landed with me. There might be just a few situations where I thought that a joke was out of place due to the tone of the scene or really the gravity of the entire movie but those were few and far between.

This movie is well balanced and has a little bit of everyone’s favorite characters. I give it 9 out of 10 slices of supreme pizza. However, it leaves you with a hunger for another whole pizza! Too bad delivery will take a year! 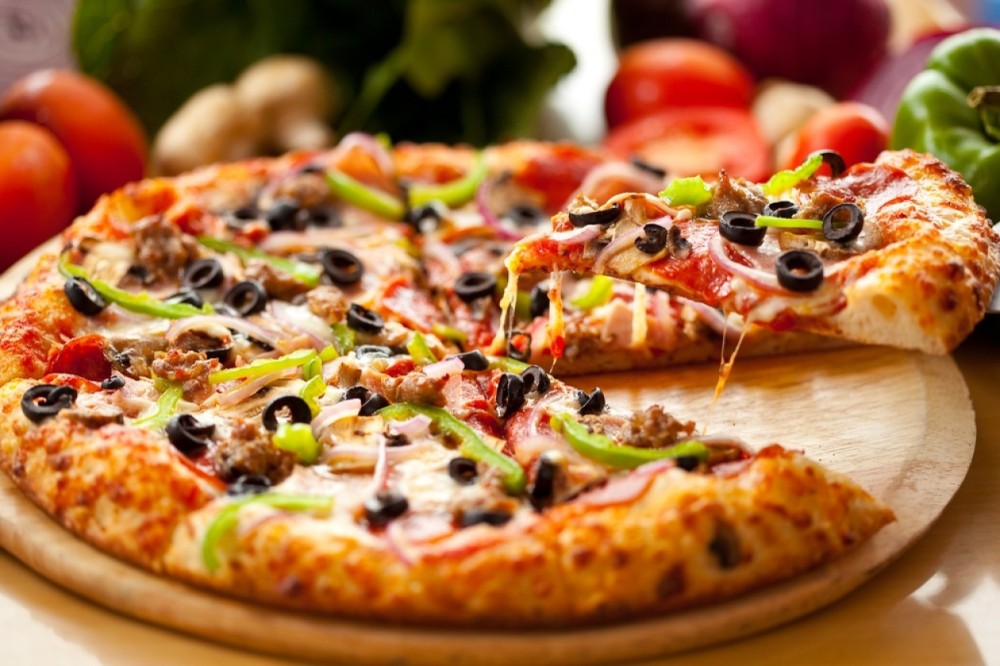